On Saturday 14th November, a group of KS2 Pupils got their first taste of Table Tennis competition. The Boys team was: Oliver, Liam, Finlay and Archie B, from year 5. The girls team consisted of Olivia S, Daisy, Anna from year 5, and Katie from year 6.

They played tremendously well considering that they are reasonably inexperienced compared to their opponents.

The girls were knocked out in the second round, having obtained a bye through the first round. Katie had a really well fought out battle with one of her opponents, taking the match to 18 all in the final set. She eventually fell to an 18-20 loss but can be proud of her overall performance. All of the girls involved have shown great potential, and can be extemely proud of their performances.

The boys played in a different format, a round robin, and ended up playing 4 hours of continuous Table Tennis. They each played their part in a well-rounded performance, and showed a marked improvement throughout the day. They eventually lost in the 3rd / 4th place playoff to a very talented Torrisholme ‘B’ team.

In the words of The Terminator “We will be back!” A special thanks to Graham Coupe for all his work in training the players. 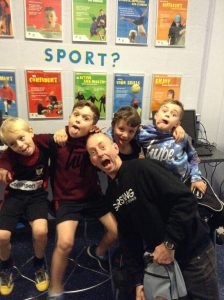 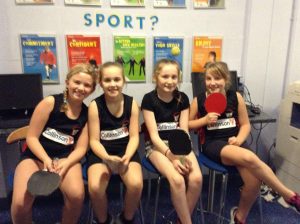 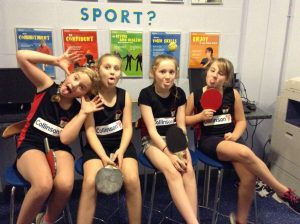 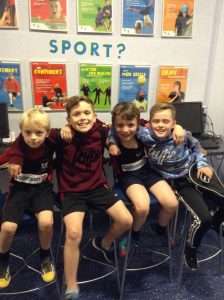